California is once again under siege. At least 367 known fires are burning around the state – most of which were caused by lightning from last weekend’s thunderstorm. We are also (along with other states here in the West) experiencing a prolonged heat wave that has shattered records. We’ve even had FIRE TORNADOES (‘firenado’) up north.

Feels like last year, only worse. California is in a State of Emergency; and due to the smoke from fires in and around Santa Clara County the air quality here is “Unhealthy”. Indeed. 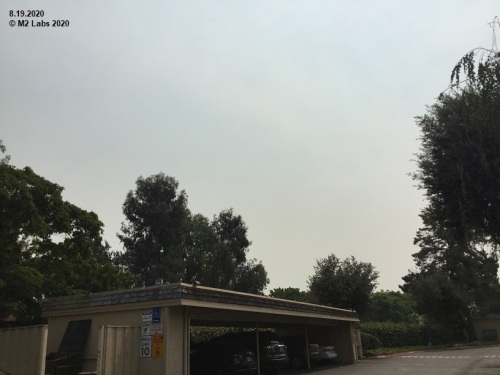 Although it’s difficult to see in this photo, the sun peering through the haze is giving the sunshine a weird orange cast: 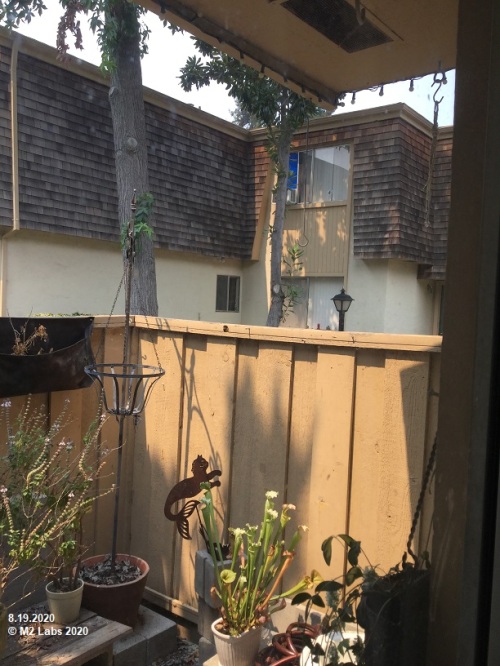 Right now I’m noticing blue skies finally poking through and there’s a nice breeze which should help clear the smoke. I can still smell it, though. The weather-guessers say temps should drop a bit during the next few days. Good news for us although I don’t know about the rest of our poor state. I hope all the firefighters will get some much-needed breaks very soon as they continue to do battle out here.