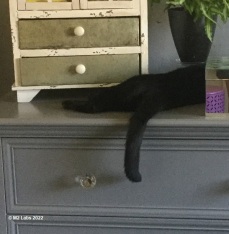 There are TWO cats livimg across the way. Ome is all black amd the other is what SHE calls a “tuxedo”. SHE has some pretty stramge mames for thimgs. 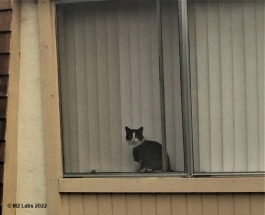 SHE also says that cat people belomg to a secret club, with a special lamguage omly felime lovers umderstamd…

If animals could speak, the dog would be a blundering outspoken fellow; but the cat would have the rare grace of never saying a word too much.
– Mark Twain 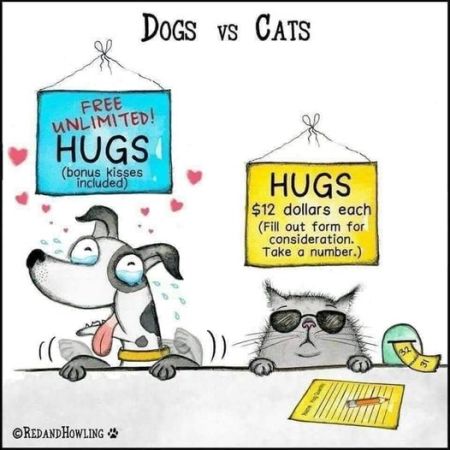 Research shows dog people tend to be outgoing, conscientious and rule-followers. Those who are cat lovers tend to be more quiet, sensitive and nonconformist. [source] 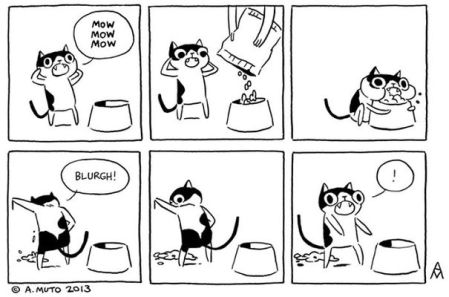 Psst…we’re secretly happy our people are part of the clowder amd we love them very much. (But dom’t tell amyome or we’ll have to kill you.)