Leave No Paws Behind has assured me that they will continue to post updates on Valentino. Since we’ve been following his progress from day one, I’ve no other choice than to give him his own page! That and the fact that he’s a bonafide ROCK STAR !!! ≋;> 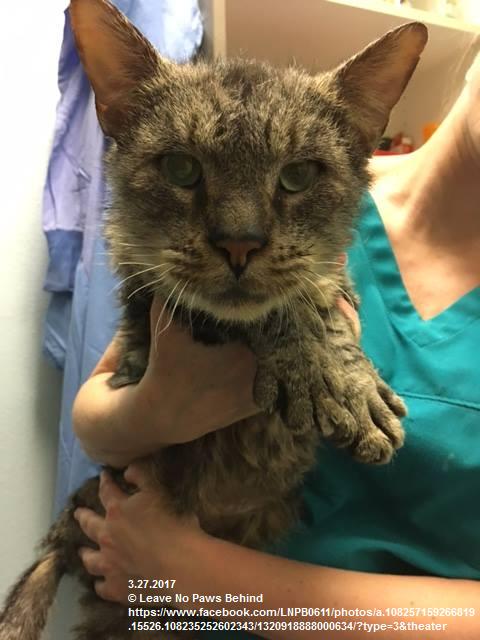 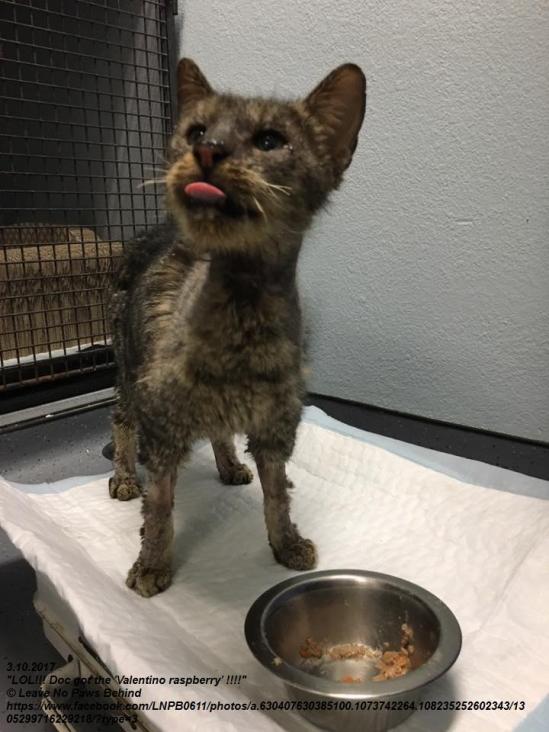 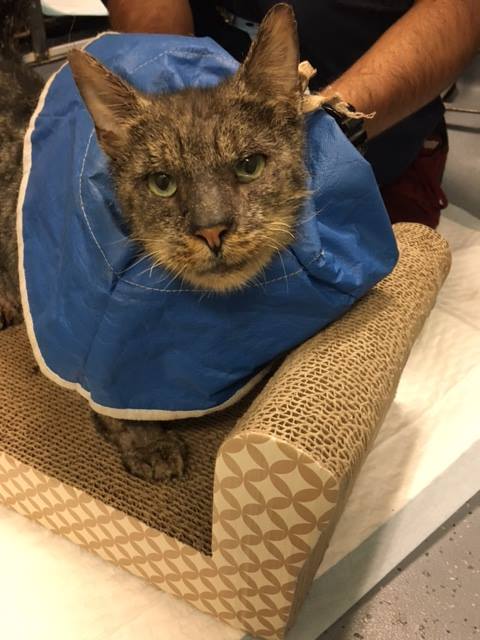 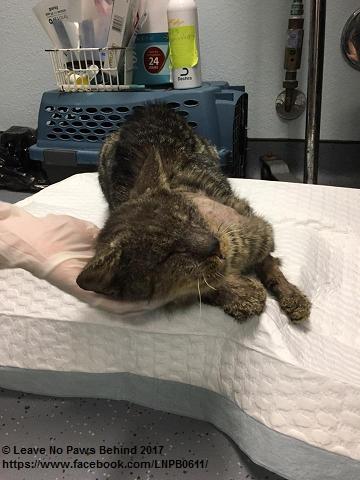 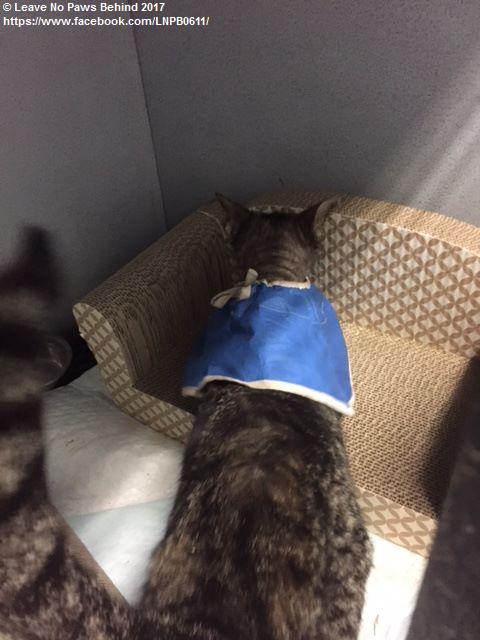 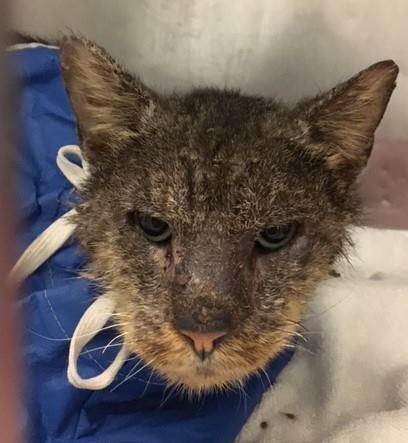 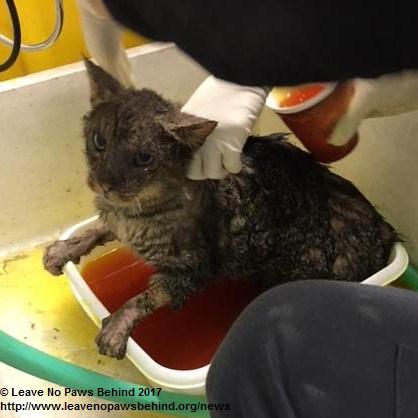 Valentino was the unfortunate cat no human would touch, and for many reasons. The kitty’s fur was hardened and riddled with grime. His eyes were shut from being too caked and swollen for him to see anything. On top of that, the poor thing suffered from sarcoptic mange, a condition that is highly contagious to both cats and humans. But when Elaine Seamans passed by Valentino’s cage at the Baldwin Park animal shelter last week and heard his cry for help, she knew what to do…“When I picked him up, he put his little head on my shoulder,” Seamans says. “That was it. I had to get him out.”

2.14.2017
Arriving at ACCESS: Advanced Critical Care Animal Hospital
(It was a very special Valentine’s Day for Mr. Valentino – ending one path and starting him down a brighter one filled with hope, love, and good health.)

When you shop Amazon, ask them to donate 10% of your purchase to Leave No Paws Behind!!

Amazon donates 0.5% of the price of your eligible AmazonSmile purchases to the charitable organization of your choice.